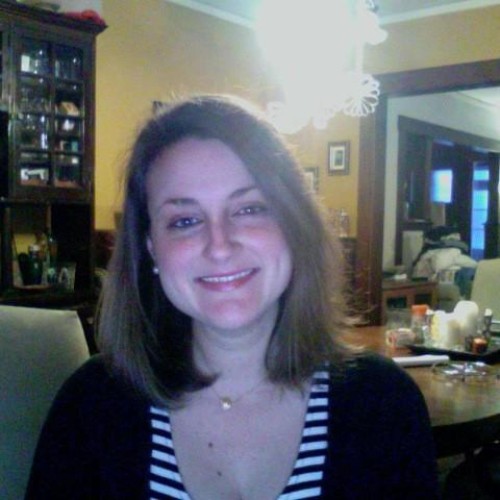 Jenny Vanderberg Shannon has a B.A. in English Literature and an M.A. in Education Leadership and a Ph.D. in overcommitment. She resides in northern New Jersey with her husband Rich and their two, wild daughters. She’s a writer, reader, cook and you’ll often find her at the piano or in the garden. Basically a contemporary Victorian lady with a deep-seated penchant for Thai food, fart jokes, and strong coffee. 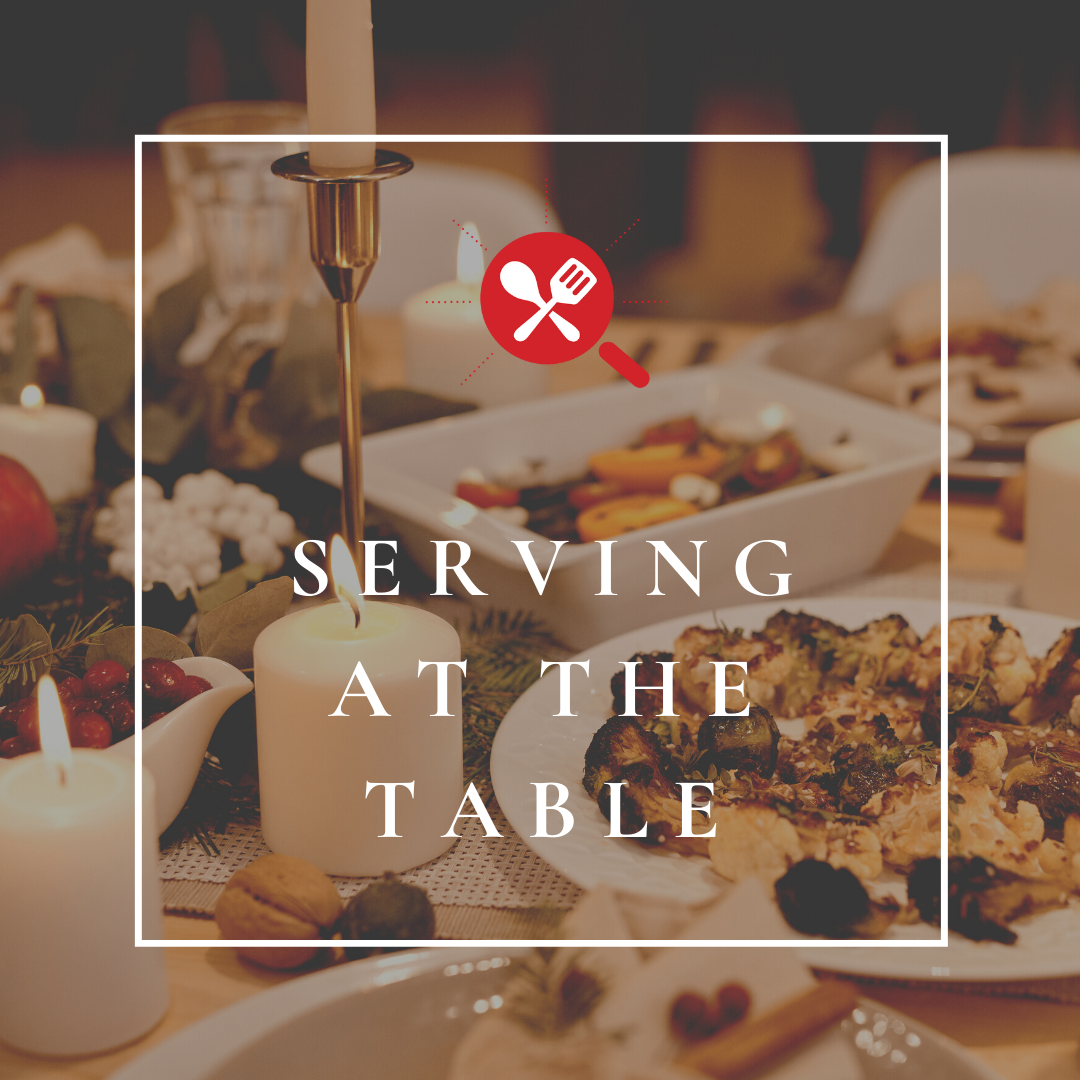 Serving At the Table

Below you will find the story of Jenny; how she took a broken heart around the holidays and turned it into a Christmas Brunch where she now serves others. The switch from guest to host, and the pivot from one who participates to one who serves, allowed Jenny to reclaim the holidays. Keep reading for her host-friendly Christmas Brunch menu and her delicious overnight baked french toast recipe. May they help you to remember being with your people is more important than whose table you are at. ~... 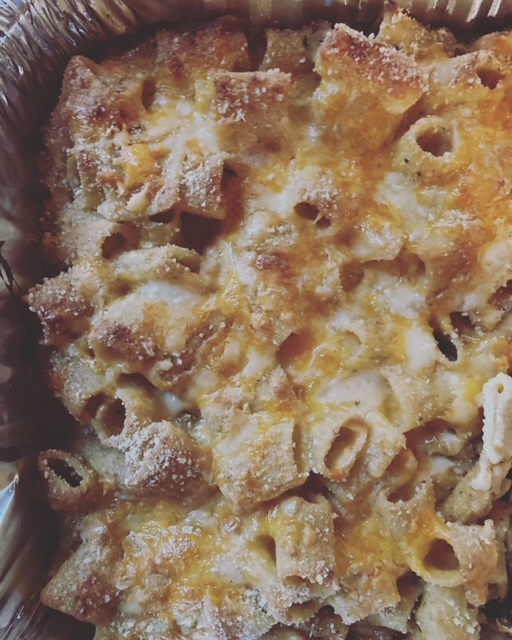 The other day, I made Mac and Cheese the way my Nana taught me.

The browned butter. The roux. The milk drizzled in to make the béchamel. The caramelized shallots with a dollop of Dijon mustard swirled in.

I told myself that I made it for my daughters to have for dinner later on. That it would be a good accompaniment to the roasted squash salad with arugula that I planned to eat instead.

But none of that is true.

I made it for me.

Because I miss her today. Because I have some things to think t... There’s No Shame in Being a Mom Who Cries

I had never been much of a crier. Not during sappy rom-coms, not when I cut my finger to the bone chopping carrots, and rarely when my feelings (or pride) were hurt. Growing up, I had a single mom who worked her butt off to support my sister and me. I don’t think she had time to cry, and when she did, it was most likely in the wee hours of the morning when she finally got a moment to herself.
I don’t think I would have ever said this aloud, but crying seemed like an admission of weakness, and... 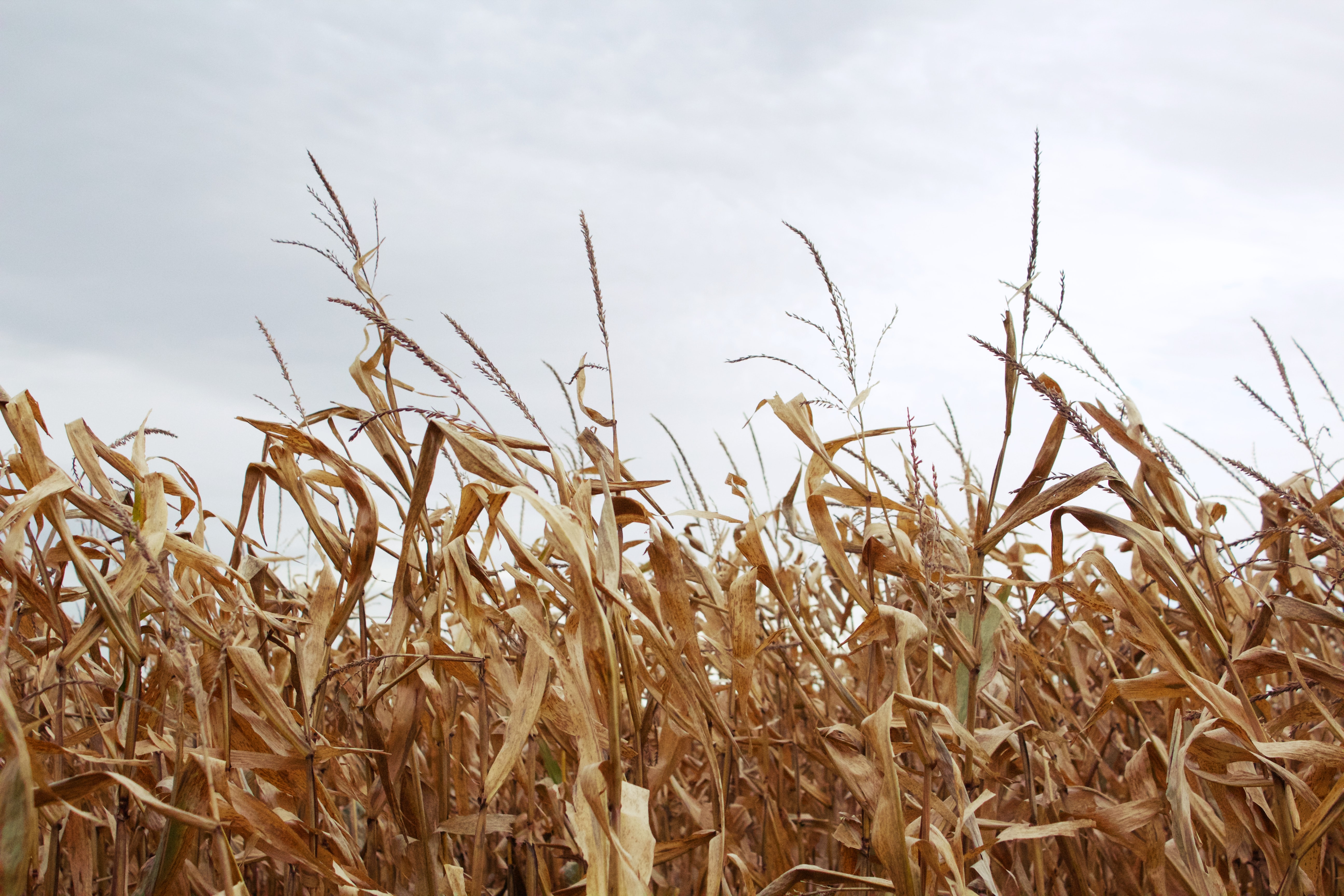 I love November.
I also love Thanksgiving, and what that means for us in our family. Cooking and hosting and creating a space where people feel at home is my favorite thing to do.
But I also know that this culturally appropriated version of the Thanksgiving story still told in schools, passed down in families and widely accepted in our communities is painful and triggering for our Indigenous friends; that this season they might feel as though there is no safe space for them to look without st... 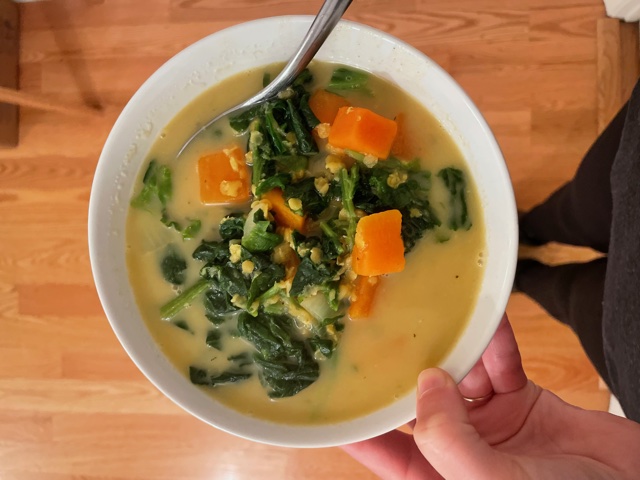 The, “I Don’t Know How To Make Soup” Soup

My sister hates food blogs that begin with a story.
“Just tell me the ingredients and how to make the damn thing,” she says.
So I promised her that when I got around to writing this recipe down, I would do my best to keep it short and sweet, and to the point.
I lied.
We can’t be good at everything.
Weeks ago, with a newborn and a sick dog and Gilmore Girls on repeat, she called me with a request for a soup recipe she had heard me talk about. She was tired of the typical bag of chips and a coo... Dear Husband, There is a Table Waiting For Us

Someday, we’ll be sitting at a restaurant we’ve never been to. We’ll share a bottle of Brunello because we always said that 10 years from now, we would. I’ll be wearing pants that cost more than a turkey sandwich because our children will be old enough not to spill on me anymore, and lipstick because no one was jumping on my bed as I was getting ready. I may even wear heels, though Lord knows I’ll need help walking in them, it’s been so long.
Someday, over candlelight and a white tablecloth, ...

Mental Health seems more like a hashtag these days than a facet of healthcare as we’re slowly emerging from several years of carrying the weight and anxiety of a global pandemic that rocked everyone’s equilibrium off-kilter. There has been a societal acceptance of one’s physical health; yearly physicals and dental visits, even massages and gym memberships, but it hasn’t been until recently that one’s mental health has garnered the same attention. When we finally emerged, blinking into the sun...

This Breakfast Ensures You Won't Miss the Bus

I listened to a podcast recently where a woman calmly explained how her “family mornings” were a lot calmer and more organized when she was dressed and at the stove making breakfast before her little cherubs awakened from their slumber on their own by the intoxicating smell of bacon and freshly baked blueberry muffins.

First of all, if my children ever “awakened” on their own it would be a miracle (or they’re sick with some sort of exorcist-type stomach bug they picked up from school). Second...

There is a photo in my in-laws house. It’s of my Mother-in-law’s entire family, spread out on a church platform, just moments after her youngest sister married the love of her life. I am wearing a navy blue, satin dress with a draped v-neck in front. I remember because I was exactly 8 weeks pregnant with my first child, and I had an ever so slight pouch I was trying to hide from nosy family members. We were going to wait until the first trimester was over to tell.
Looking back, I think I was ...

Why We Should Be Celebrating The Summer Solstice This Year

I have found that the space we’re in right now- the coming out on the other side of a global pandemic space- is ripe for all kinds of celebrations. The birthdays we’ve missed, the milestones, the holidays- even the things we may have never given a thought to in the, “before” seem completely worthy of celebration now.
Enter, summer solstice.
First of all, let’s all take a moment and celebrate the fact that we and our children made it through this insane year of hybrid/homeschool/in-person but ... 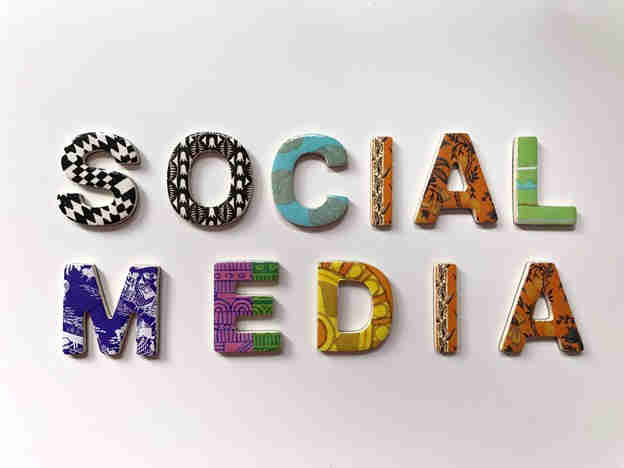 3 Reasons Why Women Should Be Celebrated on Social Media Day

Fact: 90% of people grab their smartphones first thing in the morning, before jumping out of bed. Chances are, close to the same percentage of folks are using it to check their social media accounts. It feels as though social media platforms have been with us since the dawn of time, but it’s really only been the last several decades where we have seen the development of social media into what it is today. While people tend to have mixed feelings about social media, the fact remains that it’s ...

“Mama, how come you have decorations all over your belly?”
I was getting ready to go out to dinner as my 3 year old daughter sat on my bed. Sat being a negotiable word, as she was really doing forward rolls and trying to stand on her head while I was trying not to have a panic attack each time she landed a bit too close to the edge. It was as I was changing into the decided outfit of the evening when she sprung this interesting question on me. There, standing on her head in the middle of her ...

June is Pride Month, and that means we get the supreme privilege of dedicating it’s entirety to the honoring of the history, legacy and activism of the members of the LGBTQIA+ community. Up until now, the weight of responsibility to educate the general public on matters of equity and inclusivity has fallen on them and despite the gross negligence, outright denial of their story and their often unrecognized efforts. The needle has been moved this past March with the NJ A 4454 Act. In short, th... 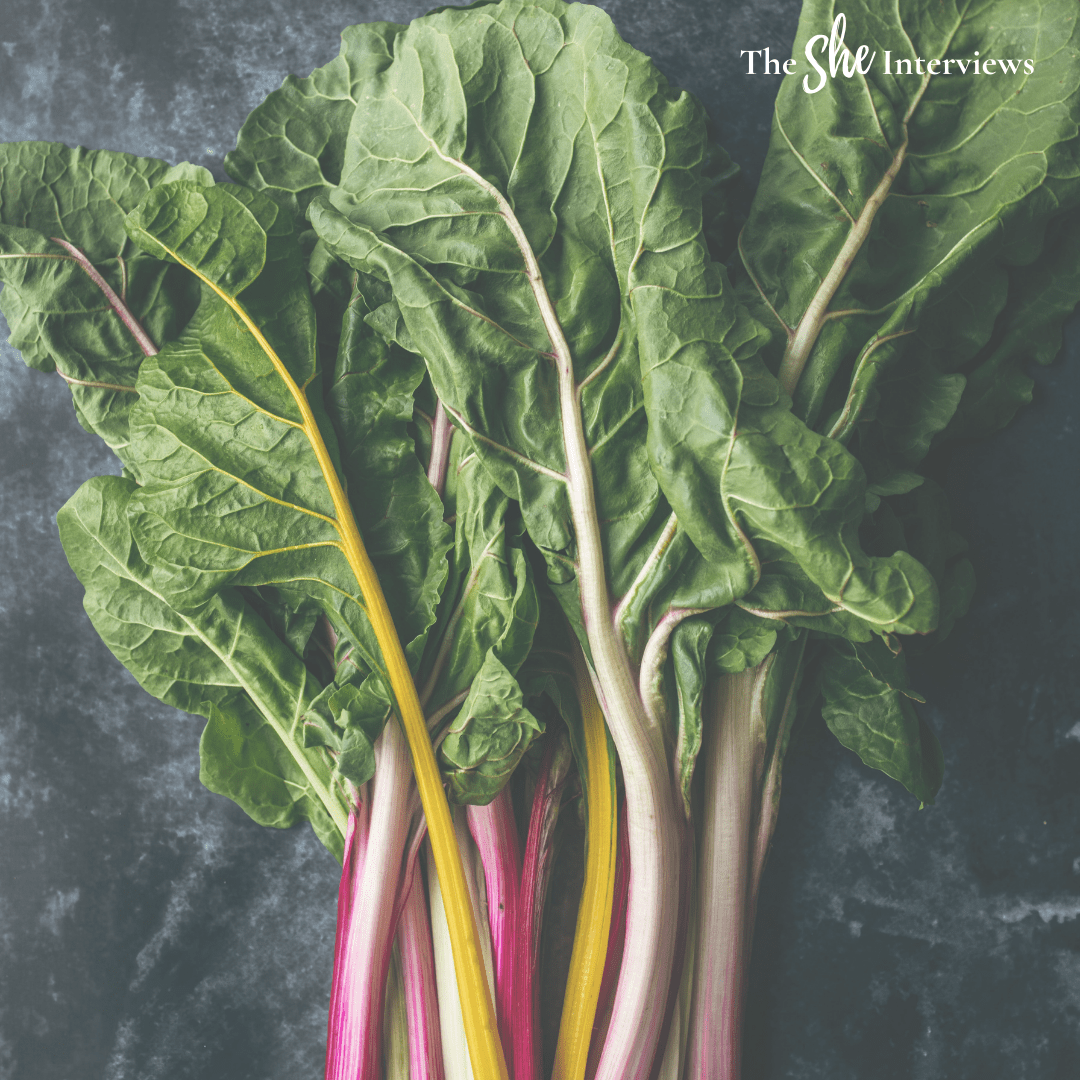 5 Blogs to Inspire Your Kids To Eat More Veggies (Maybe)

So, our family eats plants.
Mostly.
Like, 80% of the time, I’m stirring wild mushrooms into risotto, chopping cucumbers for an Israeli chopped salad or pan-frying tofu marinated in a miso-tahini dressing. I do it for our health, our wallet and for the planet. But I could never commit my entire family to a full-on veggie lifestyle ( case in point: my four year old had a cheeseburger with a side of roasted chicken tonight for dinner).
Perhaps there will be a time when I can make a full commitme...